9 Nasty Trademark Infringement Cases — and How to Avoid Them

Every organization wants to avoid a costly, lengthy, and resource-intensive lawsuit for trademark infringement. While definitions can vary globally and within the U.S., organizations can be taken to court if there’s a likelihood of confusion, especially when combined with other similarities around the goods or services, purchasing channels, or other factors. Unique factors can vary significantly, but experts estimate the average cost of a trademark lawsuit can be between $120,000 to $750,000 in addition to years of valuable time.

The sheer output of resources necessary to defend your brand or organization in litigation can be draining to companies of any size. While large organizations aren’t necessarily the most susceptible to trademark infringement litigation, they’re often the most likely to suffer a loss of public image when their cases hit the news. In this blog, we’ll review nine recent, nasty trademark fights, many of which involve brands you’re familiar with. We’ll also share some insight on where one or more parties could have taken steps to avoid the issue.

A lawsuit by The 3M company against Changzhou Huawei Advanced Material Co Ltd for the use of 3N resulted in a win for 3M and “significant damages” for 3M. It was ultimately ruled that, despite some dissimilarities in products and pricing, the notoriety of the 3M mark and the fact that 3N had managed to acquire clients and market share by use of the similar mark, constituted infringement.

One analysis notes this can be indicative of trademark case results in Chinese courts, where these matters are taken “seriously.” While this particular case was complex and confusing, 3N definitely veered into dangerous zones by emulating the trademarked named of such a well-known brand. It was ultimately held that the “3M” trademark had a high distinctiveness and reputation.

Verdict in Favor of 3M.

D2’s lawsuit asks for multiple types of infringement to cease, including fan merchandise and gaming machines. It’s likely that MRC was aware that D2 held the trademark, based on their repeated failure to obtain a trademark through the U.S. Patent and Trademark Office. The failure could be in the distribution company’s decision to change the show’s title, based on their inability to obtain a trademark.

The Academy Awards and domain retailer GoDaddy recently concluded a five-year legal battle over “cybersquatting” issues. Initially filed in 2010, the Academy alleged that GoDaddy’s decision to allow customers to buy “confusingly” similar domain names such as 2011Oscars.com, allowed profit from individuals who wanted to “park” on these domains and collect revenue.

Initially, the Academy managed to demonstrate in court that 57 domains were sold by GoDaddy with the potential for confusion. Ultimately, the judge ruled that GoDaddy did not “possess the requisite bad faith intent to profit” from their sales.

While this legal battle was undoubtedly expensive, it may be considered a landmark ruling in the cybersquatting space. Similarly frustrating lawsuits can be avoided when, like in GoDaddy’s case, you may not be able to reasonably expect a third-party to “police” your brand trademark.

Verdict in Favor of GoDaddy.

In one of the more shocking examples of international trademark infringement, a South Korean fried chicken restaurant recently lost a trademark battle with designer Louis Vuitton. The court ruled in the designer’s favor after determining that the restaurant’s name of Louis Vuiton Dak was too similar to Louis Vuitton. In addition to the name infringement, the restaurant’s logo and packaging closely mirrored the designer’s iconic imagery.

The restaurant was ultimately hit with another 14.5 million fine for non-compliance, after changing their name immediately after the first ruling to LOUISVUI TONDAK. Many brands can avoid similarly expensive legal battles by avoiding mirroring their brand closely after another, even if the products and purchase channels have nothing in common.

Verdict in Favor of Louis Vuitton.

Adidas very recently filed a lawsuit against clothing retailer Forever21 alleging that the retailer’s products, which contain a “three stripe” design, constitute “counterfeit products.” Adidas reports they have “invested millions” to build and protect the three-stripe design as a trademark component of their brand and own “numerous” patents.

6. US: Segway v. Swagway and Razor

Love them or hate them, there’s no question that the two-wheeled standing scooter has been associated with Segway since 2001. There’s currently a mass of litigation around Segway and competitors. Segway is suing Kickstarter-backed Hovertrax, which is now owned by Razor, as well as Swagway. Razor has also filed against Swagway.

VentureBeat notes that the motivation for these lawsuits could be based on more than just the noticeable similarity of the products under mention. Swagway is currently facing extensive safety and accident lawsuits for incidents that involve falls and fires. While it remains to be seen how the patent infringement allegations will be evaluated in court, there’s no question that these cases are more complex than simple trademark infringement. They’re also motivated by concepts of brand protection, and a desire to distance products from Swagway’s reported safety risks.

The parent company of clothing retailer American Eagle, Retail Royalty Company, has filed in the Delhi high court against Pantaloons Fashion & Retail. The lawsuit alleges that the ” brand and logo are deceptively similar to its American Eagle Outfitters brand and logo.”

While Retail Royalty Company is US-based, this case is far from the first example of international retail copyright infringement. Fashion United reports that Gap has also recently filed against India-based brands selling under the name “Gap Two” Even for organizations that are not international, it can be critical to monitor your trademarks on an international scale.

While Swift insisted that 13 was just a lucky number to her and claimed “harassment” by the plaintiff, the results of the lawsuit were not released publicly. A confidential agreement was reached out of court, and Swift has begun proactively trademarking other phrases and lyrics she uses often to avoid future issues.

In January 2016, Starbucks filed a lawsuit against the parent company of New York’s Coffee Culture Cafe for launching a drink called the “Freddocino” The lawsuit’s documents allege that not only does the drink appear similar to the Frappucino, the structure of the name contains enough similarities to cause “confusion in the marketplace” and diminish “Starbuck’s brand equity.”

Starbucks does own the trademark for the term Frappucino, and additionally alleged that Coffee Culture has created deceptive packaging to make it appear the term “Freddocino” is trademarked when it is not. While Coffee Culture Cafe has changed the name of the drink to a “Freddo,” Starbucks is proceeding with the lawsuit. Coffee Culture could have avoided the issue by avoiding infringement on a closely-guarded trademark, with an annual value of approximately $1.5 billion.

In most cases discussed here, the outcomes could have been completely avoided with more effective trademark research. There’s no question that a trademark search can be time-intensive and confusing, especially if it’s done right. Human error and incomplete searches can open your brand to enormous risks, such as those seen in these nine notable infringement lawsuits. Looking for more? Check out these recent cases.

GIVE IT A TRY
Search the USPTO + EUIPO for free 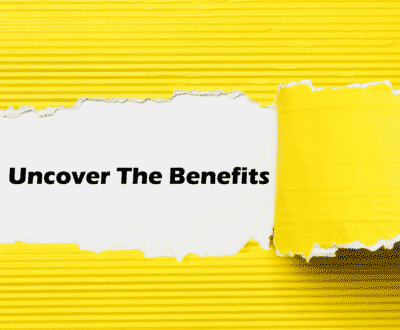